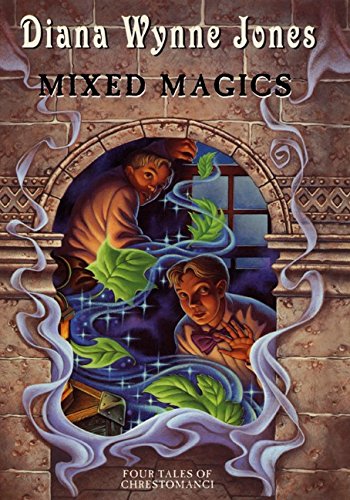 Not even the glamorous presence of the nine-lived enchanter Chrestomanci (star of the Chrestomanci Books, noted below) is enough to dispel the scraped-together air that pervades this grouping of four short stories, three of which were originally published in the 1980s. Things start off slowly with "Warlock at the Wheel," a shaggy-dog story detailing the misadventures of a would-be car thief whose magic has been removed—prior to the tale's beginning—by Chrestomanci. "Stealer of Souls," the only story original to the collection, is also its most ambitious and successful, offering Jones aficionados the pleasure of watching characters from different books ('s Cat Chant and 's Tonino Montana) meet for the first time. Overall, however, the collection feels cramped: Jones, hemmed in by the constraints of the short story form, fails to develop the exuberant momentum characteristic of her complex, enchantment-filled novels. Only die-hard fans are likely to derive satisfaction from these further glimpses of Chrestomanci and his multiple worlds. Ages 10-up.