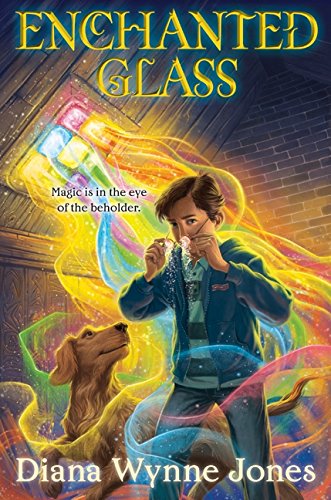 One of the foremost living children's fantasy writers, Jones serves up a quirky comedy of magicians dealing with an incursion of troublesome fairies in contemporary England. Andrew Hope, an absentminded academic with magical abilities he barely recognizes, has inherited the property and responsibilities of his wizard grandfather. Melstone House comes complete with two bossy and irate servants, Mr. Stock and Mrs. Stock (no relation), as well as a number of supernatural beings, including an elusive giant. Andrew wants to write a book, but he's soon distracted by 12-year-old Aidan, who is on the run from supernatural enemies; Stashe, a pretty young woman intent on becoming his secretary; and the wealthy, powerful, and mysterious Mr. Brown. The pacing is leisurely, but Jones writes with the utmost respect for readers' intelligence. One very funny gag has Stashe using horse racing results for divination (“The two-oh-five at Kempton: first, Dark Menace; second, Runaway; third, Sanctuary. That seems to outline the situation pretty well, doesn't it?”), just one of several unusual talents that Melstone residents exhibit. Although the book contains a few tense moments, whimsy is the dominant mood and there's little doubt that virtue and romance will triumph. Ages 10–up.