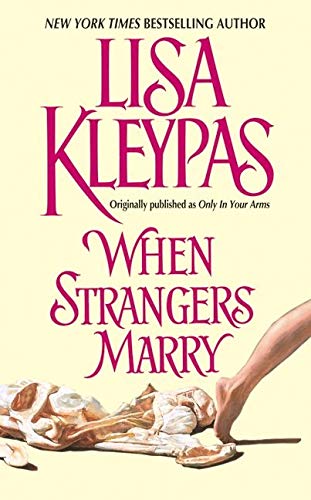 Kleypas has given , her first title for Avon, a makeover, and the resulting book boasts a tighter plot and richer characterizations. Set in New Orleans in the early 19th century, this atmospheric tale portrays the romance between Lysette Kersaint, a strong-willed Creole who is on the run from her abusive stepfather and an arranged marriage to a man she loathes, and Maximilien Vallerand, a notorious rake and widower who is rumored to have strangled his adulterous wife. Lysette finds protection in Max's home, but she soon learns that he plans to use her as a pawn to exact revenge against her intended, Etienne Sagesse, his sworn enemy. The tension between the two quickly heats up, but before they can find happiness together, they must settle the mysteries of Max's past. The romance between Max and Lysette is compelling, but what really sets this book apart is Kleypas's ability to make the period come alive. With the ease of a skilled seamstress, Kleypas weaves in dozens of details, touching on everything from the political tensions between Mexico and the American territories to the cultural differences between Creoles and Americans. Kleypas doesn't shy away from developing her characters either. Max emerges as a tortured but admirable hero, and even secondary figures like Max's mother and brothers take on a life of their own.