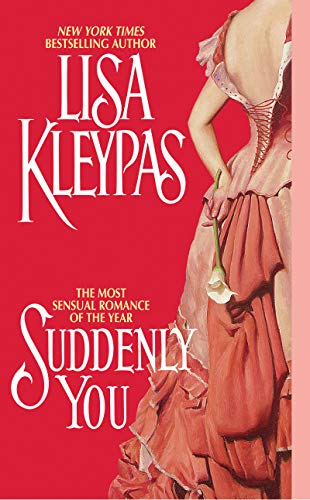 In this feisty and frolicsome historical, Kleypas (, etc.) proves that turning 30 can signal the beginning of an exciting new decade, even for a 19th-century spinster. Free-thinking Amanda Briars, who writes scandalous tales of romance and intrigue, has resigned herself to a life of solitude, but she feels that her lack of a husband shouldn't preclude her from being intimate with a man—just once. On the night of her clandestine meeting with a male prostitute, however, handsome and unscrupulous publishing tycoon Jack Devlin appears at her door instead. Mistaking Jack for the man that she sent for, Amanda shares an amorous moment with him before she recovers her senses and pushes him out the door. One week later, Amanda encounters her nighttime visitor at a London soiree and is mortified to learn that he is her new publisher. A series of delightful exchanges follows as the two attempt to reconcile their need for independence and their growing passion for each other. Although both Amanda and Jack are fully developed characters, it is Jack, the half-Irish bastard son of a lord, who truly shines as he struggles to overcome his dark past. Brisk pacing, witty repartee and memorable protagonists will ensure that Kleypas's newest is well received.