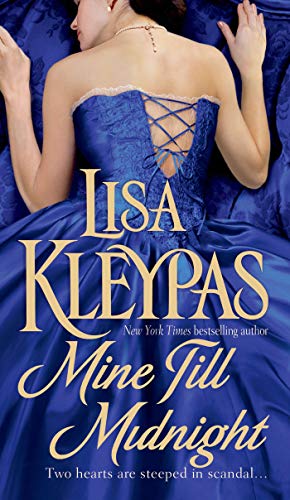 Historical romance master Kleypas reintroduces Cam Rohan, the wealthy half-Gypsy first seen in 2006’s , in her latest page-turning Victorian. Rohan, manager of a London gentleman’s club, decides to do a favor for the distraught Amelia Hathaway, who is scouring brothels in search of her wastrel brother, Leo. Rohan, weary of his usual diet of beautiful-but-boring lovers, is bemused by and attracted to Amelia, a staid and proper spinster, and so he sets about making a presence of himself at the ramshackle Hathaway estate, sowing sexual tension as he does. As the standoffish relationship between Rohan and Amelia evolves into romance, the reappearance of Amelia’s former suitor throws an intriguing wrench in the works. The author’s sensitivity to the prejudice endured by the Roma (Gypsies) adds a measure of grim reality that is creatively offset by Rohan’s discussion of Roma beliefs and superstitions. Kleypas’s effortless style makes for another sexy exploration of 19th-century passion and peccadilloes, riveting from start to finish.