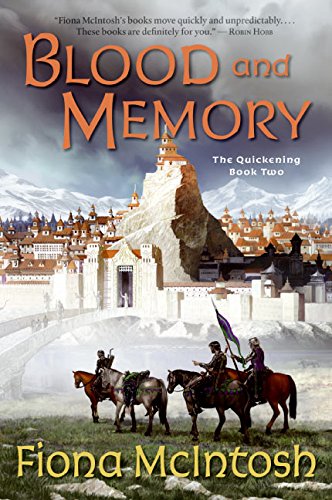 In this enchanting sequel to Australian author McIntosh's fantasy , young Wyl Thirsk finds to his surprise that the "gift" the condemned witch Myrren granted him in the first book wasn't just a one-shot deal—every time he "dies" he takes on the outward appearance of his murderer. Worse yet, the gift has its own goals, chiefly to kill tyrannical King Celimus and put Wyl in Celimus's place as the rightful ruler of Morgravia. Trapped in an ever-growing number of different bodies, Wyl is desperate to stop the gift from continuing its inevitable progress toward King Celimus. Yet the more Wyl learns about Celimus, the more convinced he is that the evil king must die. Despite this being the middle of a trilogy, McIntosh manages to sustain suspense while deftly handling a large cast of characters and an intricate plot.