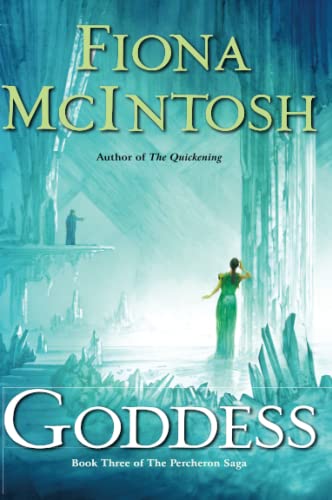 The Arabian Nightsâ€“flavored Percheron saga finally comes to an end in this shallow follow-up to 2007's Young, pregnant Ana (not to be confused with Lyana, a goddess, or Ellyana, her messenger) is held captive by Arafanz, a religious zealot who wants the child believed to have been sired by Zar Boaz, Ana's disloyal husband and Percheron's leader. Could the father actually be the man Ana loves more, Galinsea's Prince Lucien, aka Spur Lazar? Imprisoned, Ana frets while Zar Boaz and Lazar search for her with help from Iridor, a shape-changing demigod. Manipulative demon Maliz, who inhabits the Zar's grand vizier and skips to another human shell when need arises, does everything he can to stop them, and their efforts are further hampered when war breaks out between Percheron and Galinsea. The tale is marred by sluggish pacing and uninteresting characters, and lacks an introduction that might help new readers understand the multilayered plot.