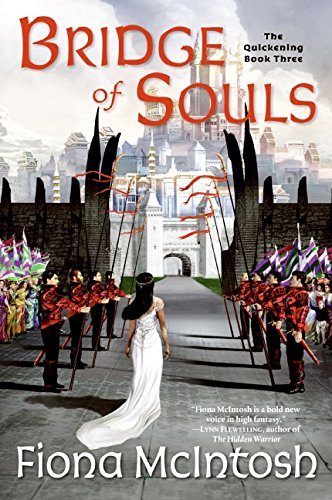 In McIntosh's enjoyable conclusion to her Quickening fantasy trilogy (after and ), Wyl Thirsk continues to bravely labor under the "gift" bestowed on him by the witch Myrren at her death, a spell that forces his spirit to inhabit the body of anyone who murders him. Wyl, though hobbled by occupying the body of his dear sister, Ylena, doggedly pursues his quest to kill Celimus, the despotic king of Morgravia, as well as to foil the marriage plans Celimus has for Queen Valentyna of Briavel. Meanwhile, Elysius, Myrren's father, has charged the boy Fynch, "so humble and yet so wise," with destroying the evil magician Rashlyn. Despite a few rough spots where common sense doesn't prevail, McIntosh has taken the notion of body snatching, given it a fresh twist and come up with a winner.