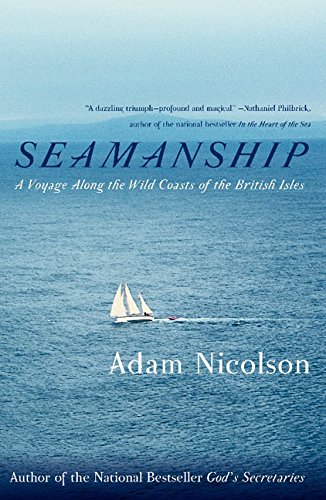 SEAMANSHIP: A Voyage Along the Wild Coasts of the British Isles

There's much to like in the story of how Nicolson ( ) finds a sailing partner and a suitable boat and takes to the seas surrounding Ireland and Scotland. And his descriptions of the remote communities he encounters on the voyage are often engaging. Yet Nicolson's narrative of this voyage—which was the basis for an eight-part National Geographic TV series—is saddled with an overabundance of superlatives: it's one thing for a near fatal accident to be caused by "the biggest wave I have ever seen," but Nicolson also encounters "the darkest night," "the loneliest and most entrancing place" and so on. One wishes at times that Nicolson would turn his focus further inward; although he hints at personal tensions between himself and his sailing partner, as well as the strain placed on his marriage by his wanderlust, his slim volume doesn't fully explore these conflicts, instead falling back on slightly more abstract reflections about humans' relationship to the sea. Nicolson's voluntary pilgrimage is a good story, made frustrating by falling just short of being a great story.