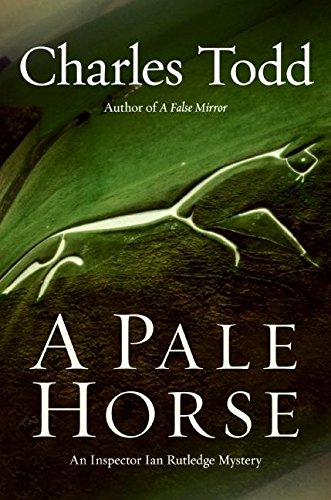 The exemplary 10th Inspector Ian Rutledge historical whodunit (after ) offers tight plotting and rich characterization amid understated but convincing evocations of post–WWI England. Haunted by memories of battle, unable to find a safe haven after his discharge from a psychiatric hospital and the abrupt departure of his fiancée, shell-shocked veteran Rutledge has returned to his prewar life as a Scotland Yard inspector. This time out, the War Office wants him to locate a mysterious person of interest, connected with (and perhaps the same as) an unidentified corpse found at a Yorkshire abbey. Rutledge toils diligently to uncover personal secrets and shames that may have motivated someone to kill, and their connection to a long-ago romance between the suspected killer's wife and the local inspector investigating the case. The mother and son writing as Charles Todd show no evidence of running out of ideas for murder mysteries that illuminate new aspects of their compelling protagonist and the horrors of the Great War.