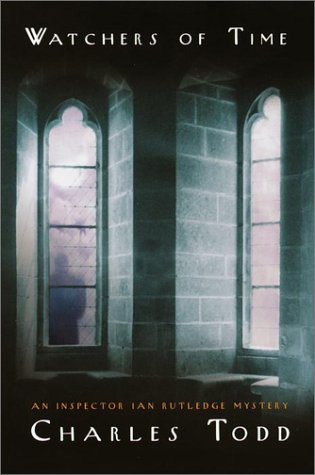 Two mysteries lie at the heart of Todd's atmospheric if tiresomely paced fifth historical to feature shell-shocked Scotland Yard inspector Ian Rutledge: Why does the lifelong Anglican Herbert Baker demand a Catholic priest on his deathbed? And who kills the very same Father James a few weeks later, with a crucifix no less? Though the local constable quickly develops a theory of the crime, Rutledge's superiors send him "to reassure the Bishop that the police are doing their job properly." As in 2000's , Rutledge is troubled by the bizarre ghost of a man he'd ordered executed for desertion during WWI, Hamish MacLeod, whose Scottish burr provides a running commentary on the external and internal events around Rutledge. The book's overall theme is a compelling one: questions of guilt and responsibility after the debacle that was WWI. But the tangle of motives and intrigue that surrounds the priest's murder is too complex (and, ultimately, too trivial) to support such a theme. And MacLeod, treated as if he were a flesh-and-blood character instead of a symptom of postwar trauma, is unsettling from a structural perspective. His interjections (heard only by Rutledge, obviously) become intrusive, not illuminative. Like previous entries in this series, this one is psychologically astute, but the narrative becomes too bogged down with the author's desire to portray postwar English village life and too weighted with the enormity of its themes..