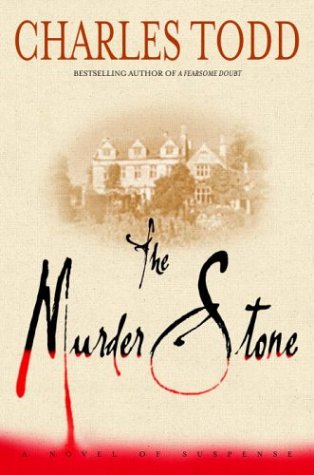 After six superb historicals (, etc.) featuring Inspector Rutledge, a man haunted by his WWI experiences, Todd misses the mark in his first stand-alone, a predictable, unengaging story of family secrets. Francesca Hatton, an unworldly young woman who's been volunteering for the Red Cross in London since the start of the Great War, returns in 1916 to her family home in the isolated Exe Valley, where her beloved grandfather, Francis Hatton, is on his death bed. After Francis dies, she finds that he kept many things from her, ranging from large properties he owned and maintained to his personal relationships. Her confusion is only compounded when a wounded ex-soldier, whose days are numbered, appears and accuses the older Hatton of having murdered his mother decades earlier. Despite her adoration of the man who reared her and her five orphaned male cousins, she begins to question her faith in him. Those doubts lead her to reexamine the mysterious deaths of her parents and numerous other relatives, though her sleuthing is little more sophisticated than that of Nancy Drew. Given the masterful way Todd's Rutledge novels capture the horrors of trench warfare and the brutal slaughter's effect on those returning to civilian life, it's all the more surprising that his portrayal of the war and its scars here is superficial. Todd's many admirers would be advised to give this a pass and wait for the next entry in the Rutledge series.