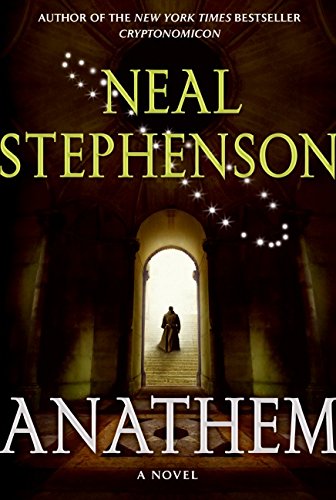 In this follow-up to his historical Baroque Cycle trilogy, which fictionalized the early-18th century scientific revolution, Stephenson ( ) conjures a far-future Earth-like planet, Arbre, where scientists, philosophers and mathematicians—a religious order unto themselves—have been cloistered behind “concent” (convent) walls. Their role is to nurture all knowledge while safeguarding it from the vagaries of the irrational “saecular” outside world. Among the monastic scholars is 19-year-old Raz, “collected” into the concent at age eight and now a decenarian, or “tenner” (someone allowed contact with the world beyond the stronghold walls only once a decade). But millennia-old rules are cataclysmically shattered when extraterrestrial catastrophe looms, and Raz and his teenage companions—engaging in intense intellectual debate one moment, wrestling like rambunctious adolescents the next—are summoned to save the world. Stephenson's expansive storytelling echoes Walter Miller's classic , the space operas of Larry Niven and the cultural meditations Douglas Hofstadter—a heady mix of antecedents that makes for long stretches of dazzling entertainment occasionally interrupted by pages of numbing colloquy. An accompanying CD of music composed by David Stutz is suitably ethereal.