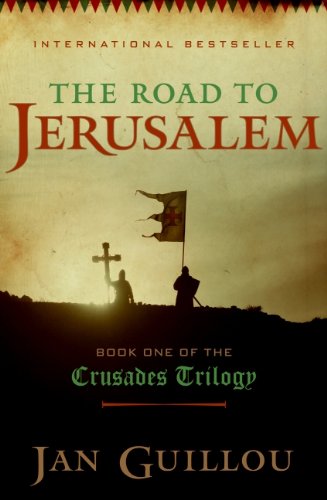 The Road to Jerusalem

Guillou has enjoyed smashing success in Sweden and Europe with his Crusades Trilogy, but American readers may be disappointed in this slow-starting first volume, which, for all its complexity and intriguing premise, doesn’t get anywhere near the Holy Land. The epic kicks off in 1150 Sweden with the birth of Arn Magnusson, the second son of a minor nobleman. Arn is sent to a cloister where monks teach him to read, write and work hard. But Brother Guilbert, a former Knight Templar who fought in the crusades, also teaches Arn horsemanship, archery and swordplay. During Arn’s training, his family is involved with court intrigues, treachery and war. Arn, meanwhile, commits cardinal sins and is excommunicated and ordered to serve as a Knight Templar. However, by the book’s close, he’s no closer to Jerusalem than he was when he was born (though a lot of colorful medieval Swedish history has been presented). Perhaps the next two volumes will be more focused and exciting.