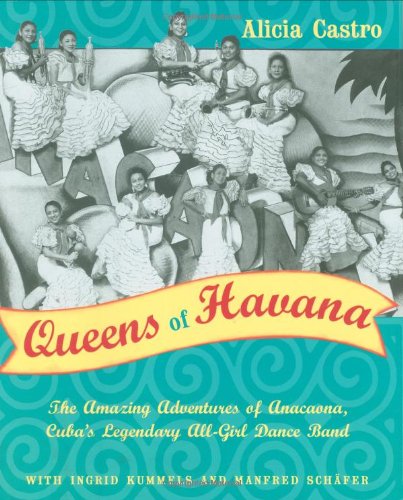 This evocative memoir is a joyous, rhythmic history of the 11 sisters who formed the fabled Cuban Anacaona. Forced to abandon her studies after political events prompted university closings in 1932, Cuchito Castro got six of her younger sisters together to play , a blend of African rhythms and Spanish melodies, even though women were thought incapable of mastering the complex style. The band attracted attention on the radio and at night in Havana's open-air cafes. As Cuchito's other sisters grew into their teens, they joined Anacaona, and the group soared to international fame with recordings, films, TV, appearances with jazz greats and triumphant European tours, as seen in the 140 ads, menus, photos and posters scattered throughout the text. Saxophonist Alicia, now 87, regales her niece Ingrid with tales of the sisters' romantic escapades, Havana nightlife and sensual melodic midnights. The Castro sisters' story reverberates with exotic echoes of a fabulous long-ago era.