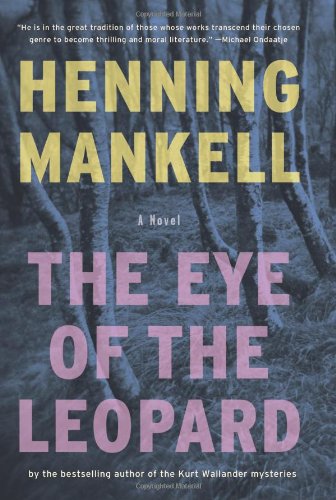 The Eye of the Leopard

Best known for his Kurt Wallander mysteries ( , etc.), Mankell alternates between the coming-of-age story of Hans Olofson, a provincial Swede who grows up in a motherless home with an alcoholic father, and Olofson’s later experiences in Zambia in this fine, unsentimental exploration of vastly different cultures. Having come to believe that Sweden holds nothing for him, Olofson decides to go to Africa to visit a mission, prompted by the strangest woman in town, Janine, who’s shunned because of an operation that left her with no nose. Olofson stays in Zambia for 18 years, running a struggling egg farm and dealing with a culture he never fully understands. Mankell is terrific at sketching the cultural differences between the West and Africa—in particular, “the anguish of the independent states.” Sweden and the West may be more pragmatic and less superstitious than Africa, but greed and corruption are universal. Still, it’s the character of Olofson and his complex, unsettling relationship with the Zambians and Africa that make this disquieting novel so compelling.