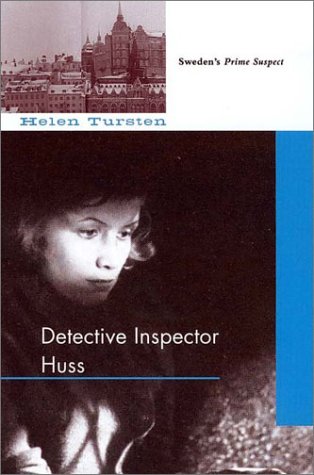 This intriguing police procedural from Swedish author Tursten, the first in a new series, augurs well for the future exploits of its heroine, a sympathetic 40-something detective attempting to juggle a demanding job and her family life. Irene Huss of the Violent Crimes Unit plunges into a complex and high-stakes investigation when Richard von Knecht, one of Göteborg's leading citizens and a Trump-like tycoon, apparently takes a suicidal plunge off his apartment balcony, practically before the eyes of his wife and son. Evidence that von Knecht was murdered soon surfaces, and a sensitive inquiry into the life and background of the victim begins. After someone bombs Von Knecht's offices, claiming two lives, Huss and her colleagues find themselves delving into Sweden's seamy underworld of drug dealers and motorcycle gangs. Remarkably, there's little about the mystery, the characters' personalities and motivations or the police approach to solving the crimes that couldn't easily be transposed to a contemporary American setting. Huss herself is an entirely plausible creation—smart, competent, but fallible—and the exchanges between the various police officers with whom she works help define them as three-dimensional as well. Through solid, patient police work, the good guys catch the murderer, whose identity, while not a total surprise, provides a nice narrative twist.