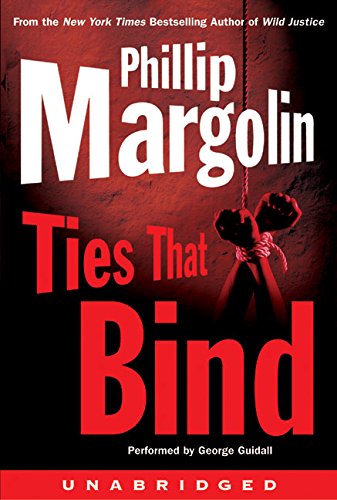 Attorney-novelist Margolin's last feverish tale of Portland high crimes and low morals, , exposed defense attorney Amanda Jaffe to such brutal torture that this sequel finds her traumatized and withdrawn. Even rougher, the action is so convoluted and the cast of characters so large she nearly gets lost in the shuffle. Among the many vying with her for listener attention are Tim Harrigan, a popular state's attorney being groomed for "bigger things" but wallowing in self-loathing and sexual degradation; his overbearing father; a Hispanic gang lord with high-level protection; a drug dealer–pimp on trial for a murder he didn't commit; and that creaky pulp staple currently making a big fictional comeback, the secret society of evil power elitists. Amanda's cause is further thwarted by the choice of narrator on this unabridged audio edition. Guidall's seasoned voice has been put to excellent use on novels featuring male leads of a certain age (Lillian Jackson Braun's Cat Who... series [reviewed below] and Louis Bigley's ). Here his mature tones work well for the cabal members and Harrigan's dad, but not for Harrigan, much less Amanda.