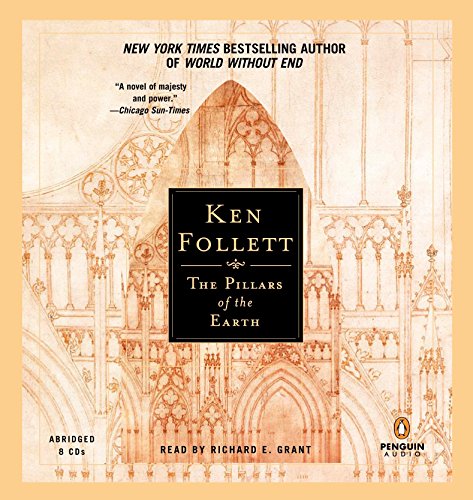 The Pillars of the Earth

Tom Builder's dream is to build a cathedral, but in the meantime, he must scrounge about to find a lord that will hire him. His search pulls him and his family into the politics of 12th-century England, as different lords vie to gain control of the throne in the wake of the recently deceased king. Prior Phillip, a man raised in the monastery since childhood, also finds himself drafted into the brewing storm as he must protect the interests of a declining church. Richard E. Grant seduces readers early on with a soft and deliberate voice that is like a loud whisper. However, his full range quickly reveals itself as he delves into characters with animated voices that exert their true essence. Even throughout the narrative, Grant musters a lively voice that imbues energy into the story. The only shortcoming is that the abridgment of Follett's 1989 novel proves to be too choppy. Though the story appears complete, there still remain abrupt moments throughout the tale. Penguin Audio's unabridged version is read by John Lee and runs 41 hours.