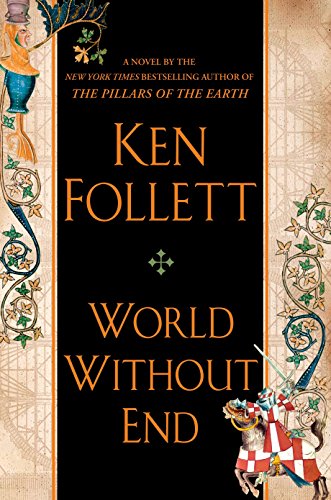 Eighteen years after weighed in with almost 1,000 pages of juicy historical fiction about the construction of a 12th-century cathedral in Kingsbridge, England, bestseller Follett returns to 14th-century Kingsbridge with an equally weighty tome that deftly braids the fate of several of the offspring of ' families with such momentous events of the era as the Black Death and the wars with France. Four children, who will become a peasant's wife, a knight, a builder and a nun, share a traumatic experience that will affect each of them differently as their lives play out from 1327 to 1361. Follett studs the narrative with gems of unexpected information such as the English nobility's multilingual training and the builder's technique for carrying heavy, awkward objects. While the novel lacks the thematic unity of , readers will be captivated by the four well-drawn central characters as they prove heroic, depraved, resourceful or mean. Fans of Follett's previous medieval epic will be well rewarded.