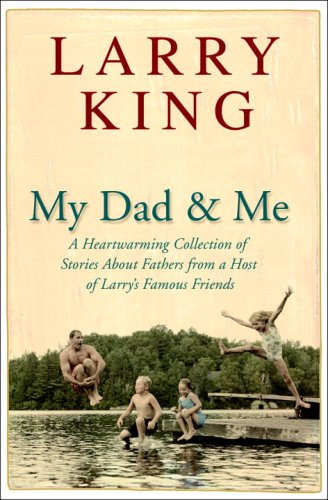 My Dad & Me: A Heartwarming Collection of Stories About Fathers from a Host of Larry's Famous Friends

From novelist Chinua Achebe to pop culture oddity Al Yankovic, CNN talk show host King collects 122 sentimental recollections of fathers and fatherhood. King's piece opens the collection; while his father died when King was just nine, King finds "I think about him almost all the time." The following short pieces (some fewer than 40 words) vary wildly. Producer, manager and consultant to the stars Bernie Brillstein recalls his father's belief, "When you meet someone new, if the first thing they see is dirty fingernails, their opinion of you won't be too hot." alum Victoria Jackson sees her father in moral terms, describing a man who "never had a drink or a cigarette, never cheated on my mom or told a dirty joke." Other recollections are boilerplate: fathers wanting the best for their children, working hard and making sacrifices to make ends meet. In the end, a father's influence on his offspring is difficult to quantify. Public radio superstar Ira Glass sums it up: "This stuff [parenting] just shows up inside us, like a virus that they never intended to transmit and we didn't intend to catch."