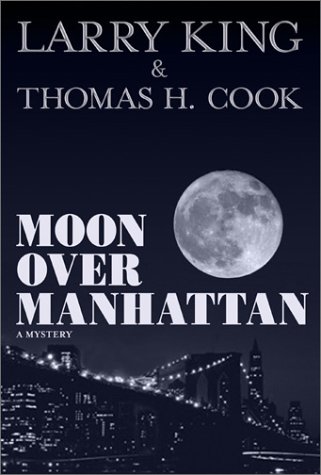 In this delightful farce—and such an animal is a rarity these days—the famed talk-show host and the veteran mystery author bite with gusto into the Big Apple; what they reveal will have readers laughing and shaking their heads in amazement. Allison Vandameer, the pretty, conniving daughter of famed and wealthy liberal TV commentator Arthur Vandameer, wants to go to film school, which Arthur doesn't want. Her solution: to fake an elopement with her brain-dead Puerto Rican boyfriend, aka Goonie, to panic Arthur and inflame his paternal love for her sufficiently to pay for film school. But when Goonie, being Goonie, mixes up the spot where he's supposed to meet Allison, the girl hatches a new plan: to disappear by hiding out at the home of Roy Bumble—a hotel doorman who hates living in Queens and who's looking for a big score—whom she meets as she's waiting for Goonie. Meanwhile, Charlie Moon, an arch-conservative veteran reporter for a city tabloid, has been ordered by his boss to write what is for Moon a humiliating article about residences with Central Park views, including Vandameer's; at Vandameer's place, Moon, who despises the liberal commentator, learns about Allison's apparent elopement and sees in it a way to destroy Vandameer. Throw in a bevy of other richly caricatured New York types, a slew of classic city locales and enough spins to make a whirling dervish dizzy, and you have classic farce. Rarely has a novel captured with such zest, mirth and affection the madcap crowd of players and wannabes, heroes and hucksters that teems within America's premiere city. The Bronx may be up and the Battery down, but in a story that moves as wildly as a speeding A train, the authors embrace both and all points in between, with a riotous tale that should have not just Gotham but all of America singing, "New York, New York, what a wonderful town!" PW.