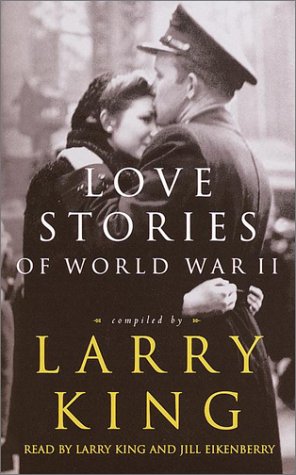 The authors narrate these true tales of wartime romance in just the right tone: gentle, tender, but never saccharine. Eikenberry conveys a sense of wonder and hope at the idea that even through the horrors and deprivations of war, love and hope can prevail. King reads a brief introduction to each story, marveling at the fate that brings two people together despite all odds. The stories run the gamut of wartime experiences: sweethearts who rushed to get married as the war started, stayed faithful through months or years of letters and were reunited at war's end; men who met their future wives in other states while both were working for the war effort; international romances of American soldiers and British or Italian women, sometimes against the wishes of the bride's family. Some of the stories end sadly, with widowed brides or a husband so traumatized by the horrors of war that he's not the same person. But most are uplifting and positive, celebrating the enduring nature of love.