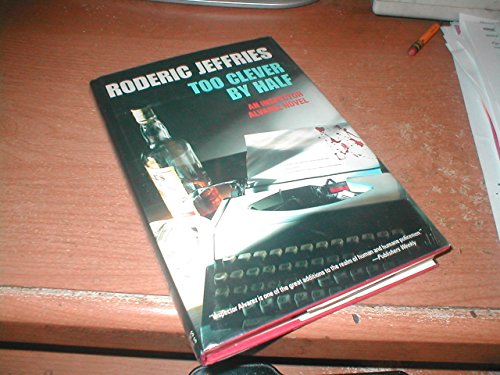 Too Clever by Half: An Inspector Alvarez Novel

A thoughtful and sensitive man, Inspector Enrique Alvarez of the police headquarters in Mallorca readily believes the evidence that indicates the cause of death of a British expatriate was suicide. However, Alvarez ( Dead Clever ), sympathizes with the dead man's elderly sister. At her request, he conducts a routine investigation, and discovers that the deceased, a respected art historian, was murdered--possibly by the sister. But Alvarez refuses to consider her a suspect, simply because he likes her. He is equally emotional about the suspects in a second case. The victim, also a prominent expatriate, was so detestable that Alvarez is overrun with possible killers. They are the dead man's ill-treated wife, his neglected daughter and numerous shady business associates. Alvarez becomes infatuated with the daughter and is seduced by the wife. Thereafter, he refuses to count either as a suspect, despite the fact that both had ample motive and opportunity. The victims shared a secret, Alvarez learns, that proved deadly to both. If this secret is revealed, the murders will be solved, but the innocent as well as the guilty will suffer. By his own admission, the inspector is more concerned with what is right than he is about finding the killer. He answers his own question, ``Am I just a servant of the law or am I a small part of justice?,'' and follows his conscience when he locates the murderer. His decision to mete out justice brings the novel to a surprising but gratifying conclusion. (Oct.)
close
Details