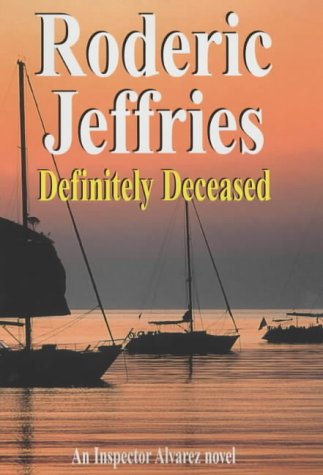 The prolific Jeffries returns with yet another polished tale featuring Mallorquin policeman Enrique Alvarez, last seen in (2001). Miguel Munar, related by marriage to Alvarez's cousin Dolores, is suspected of smuggling. Munar lives in another jurisdiction, yet Alvarez finds himself delving into the case, though he would rather ignore it altogether. The price of domestic harmony with Dolores is an investigation that could get him in trouble later with his superiors. There's a possible witness who could clear Munar, if only Alvarez can find the elusive man. When a headless, handless corpse turns up, Alvarez suspects he may have found his missing witness. In the meantime, Alvarez's long-suffering superior, Salas, with whom he communicates via exasperated phone calls, has decided that another police officer, Inspector Fuster, will take over the case. Since Fuster and Alvarez prove to be chalk and cheese, Alvarez has to exert himself as never before to outwit the ambitious Fuster, who would like nothing better than to show Alvarez up for the slacker he often seems to be. Jeffries cleverly depicts the Mallorquin temperament and attitudes toward life, foreigners and current events. As usual in the author's work, the pace is deliberate, the path to the solution is serpentine and Alvarez is suavely charming as he doggedly pursues justice.