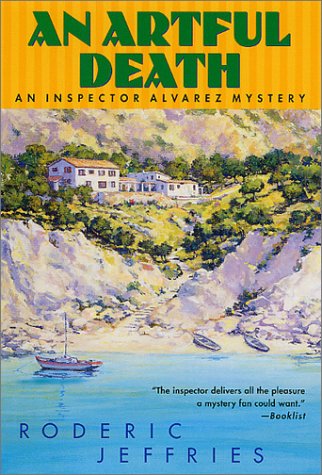 Inspector Enrique Alvarez, whose beat is the Spanish island of Mallorca, is roused out of his customary indolence when Keith Vickers, an affluent and rakish British émigré, goes missing in this accomplished whodunit from British expat Jeffries (). At first, Alvarez is hopeful that Vickers was a suicide or an accident victim (which would minimize the need for further exertion), but then Vickers's corpse surfaces in a local cove with clear signs of foul play. The inspector's initial inquiries incur the wrath of his officious superior, outraged that a British cabinet minister, who may have quarreled with the dead man on the date of his disappearance, has been subjected to routine questioning. Despite threats to his career and his livelihood, the alternately dogged and lazy Alvarez, who has a Columbo-like capacity for fooling people into underestimating him, continues his probe, unearthing unsavory aspects of the victim's history, along with plenty of murder suspects. Jeffries portrays both character and setting with deceptive ease, and in the end provides a clever but not overly tricky solution to the crime. Readers meeting the inspector for the first time are at no disadvantage. Classic mystery fans will eagerly seek out the 22 earlier volumes in the series.