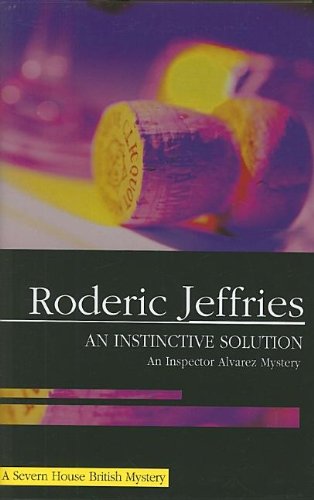 In Jeffries’s superior 32nd Inspector Alvarez mystery (after 2007’s ), the Mallorcan policeman investigates the murder of a well-to-do woman, Señora Heron, whose husband finds her lying on their bedroom floor with a gunshot wound to her temple. A second wound to the victim’s thigh rules out suicide. The unfaithful Señor Heron, who stands to inherit a tidy sum from his late wife, appears to be the killer, but Alvarez’s instincts tell him otherwise. A burglar may have been involved, and the husband’s grief strikes him as too genuine to be counterfeit. Fans will relish renewing their acquaintance with the resilient inspector, his cousin Dolores of the fiery tongue and culinary expertise, and Alvarez’s unbearable boss, Superior Chief Salas. The understated descriptions of the Mallorcan milieu form as great an attraction as the crime solving. ( )