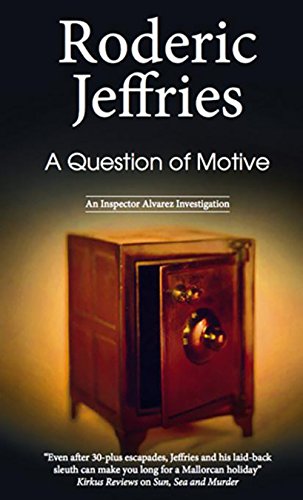 A Question of Motive

Last seen in 2009's , Mallorcan Insp. Enrique Alvarez reluctantly investigates Englishman Robin Gill's fatal fall from a high rock in this lackluster entry in Jeffries's long-running series. A postmortem suggests murder rather than suicide or accident, which means an investigation that will interfere with Alvarez's preferred routine of food, drink, and rest. It also means plenty of phone contact with his boss, Superior Chief Salas, and the inevitable insults, exhortations, and misunderstandings that Salas fires at him. Alvarez interviews Gill's niece, Mary Farren, who lived with the victim, and is smitten by her. Gill's household servants, friends, and financial dealings give Alvarez a list of suspects who might have a motive. Despite Salas's insistence that Farren is the chief suspect, Alvarez chooses to eliminate other, unlikely suspects first, which only serves to make Farren stand out more. Series fans will be left thinking it may be time for Alvarez to retire.