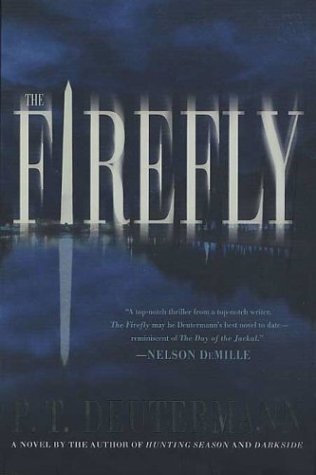 Trust Deutermann ( , etc.), veteran thriller writer and former longtime government employee, to produce what appears to be the first major action novel set inside the Department of Homeland Security. It's full of all the requisite paranoia, frustration and rivalry, and brings the acronym count to new highs. When Swamp (for "Swamp Thing") Morgan—a retired Secret Service agent sucked back into the latest crisis—asks why a top Secret Service man at the White House is so upset by Morgan's investigation into what appears to be a "firefly"—a short-lived, unimportant threat—female colleague Lucy VanMetre replies, "Because he sees OSI's decision to proceed with it as a direct criticism of PRU. This isn't about the firefly anymore. It's all about an infringement of PRU's charter within DHS." Readers able to get through passages like that without laughing will probably enjoy (and be able to follow) the twists and turns of this complicated, often lumpy story. Just days before the inauguration of a new president in 2004, Swamp, a huge man with a Neanderthal visage that hides a shrewd brain, is put in nominal charge of an investigation into a fire at a Washington, D.C., plastic surgery clinic where, at night, foreign visitors have been gradually altering their appearances. Is one of them planning an attack on the new president? Swamp thinks so, but he meets high-level resistance at every turn—especially from Lucy, a sleek, tough blonde who at one point threatens Swamp with a one-way ticket to Guantanamo Bay, where 300 individuals from the Washington area are being held in "protective custody." On the day of the inauguration, a mortar strike on the Capitol is only the beginning of a multi-twist finale. Perhaps this isn't the easiest of reads, but nobody can accuse Deutermann of not being timely.