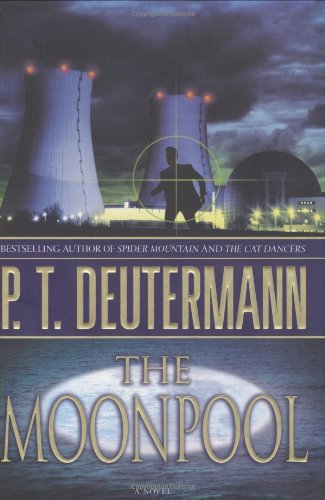 At the start of Deutermann's exciting third suspense novel to feature Cameron Richter, a retired cop who runs Hide and Seek Investigations, a PI firm staffed by other ex-cops (after ), one of Cam's operatives, Allie Gardner, falls ill in Wilmington, N.C., while doing some philandering-husband divorce work. Soon she's dead on the floor of a gas station bathroom, burned from the inside out from having ingested a pint of highly radioactive water. When Cam looks into Allie's death, he winds up being hired by Aristotle Quartermain, chief of security at Helios, the local nuclear power station. Aiding Cam are the book's two most appealing characters, his German shepherds, Frick and Frack. Deutermann imparts much interesting scientific information on such things as the titular moonpool, where exhausted nuclear fuel is stored. Just as interesting, and far more chilling, is the author's depiction of how the Department of Homeland Security operates and why you never, ever want to get on their bad side. Thriller fans will look forward to further entries in this fine series. (