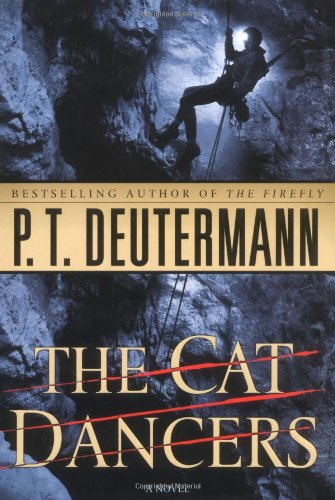 Deutermann's first chapter features the eponymous, anonymous cat dancer as he rappels down a cliff in the dead of night, swings into the cave of a 200-pound female mountain lion and snaps a picture of the enraged beast as she attempts to disembowel him. The scene then shifts to a pair of thugs, who, while attempting to rob a gas station minimart, shoot the Pakistani owner and cause a fire that incinerates a young soccer mom and her child. The scumbag perps skate on a technicality when judge Annie Bellamy points out they were never read their rights before confessing. That Deutermann ( ; ) is able to fuse these two disparate plots is testament to his well-drawn characters, intelligent, realistic dialogue and top-notch writing. Lt. Cam Richter, of the Manceford County, N.C., Sheriff's Office, is in charge of the minimart case, which becomes much more complicated after he receives an e-mail attachment that shows one of the two freed killers, K-dog Simmonds, being electrocuted in what is clearly a home-made electric chair. Cam is soon headed into the backcountry of the Great Smoky Mountains on the trail of both a nest of vigilante killers and the elusive, possibly apocryphal Eastern mountain lion. Petrified readers will be checking under the bed and in the closets for any panthers that may have crept inside while they were glued to the pages.