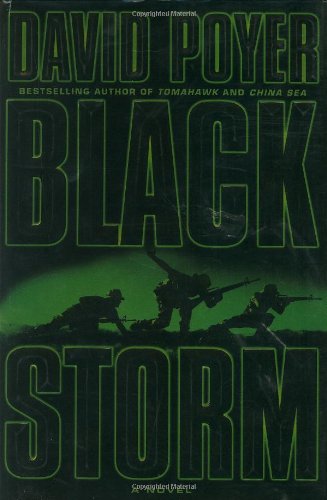 Generally one of the best writers of military action novels, lately Poyer seems to be having trouble charting a steady course. Here, as in his previous Dan Lenson saga , he suffers some disappointing lapses. Set in 1991 during the Persian Gulf War, the plot moves a curiously matched team of five U.S. Marines plus Lt. Comdr. Dan Lenson (now a navy missile expert) and army Maj. Maureen Maddox (a biological warfare savant) across 500 miles of desert, from Saudi Arabia to Baghdad, trying to avert Saddam Hussein's threat to unleash an unspecified weapon of mass destruction on Tel Aviv. Led by a veteran marine gunnery sergeant and his combat-tested assistant team leader, the group is rounded out with a radio operator, a veteran sniper and an untested rookie. The mission is to chopper in to a safe zone two days from Baghdad and rendezvous with an indigenous "friendly asset" to guide them to the final jumping-off point just outside Baghdad. Their goal: to reach Saddam's stronghold through the maze of sewers and drains beneath the ancient city. A last-minute change orders a link-up with a British sergeant who has been operating behind the lines; he turns out to be a loose cannon, and the mission starts to go sour almost from the start. Action and suspense are in short supply, ladled out between overlong descriptions of desert and the insides of the Baghdad sewer system. There's too much obscure military jargon, hokey capture and escape, and a work-worn plot, but military action fans and the Poyer faithful will be rewarded by a thrilling conclusion.