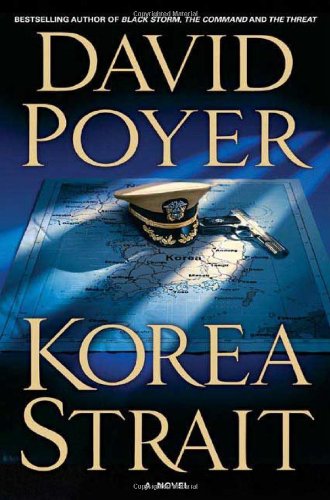 The taut 10th entry in Poyer's series featuring U.S. Navy commander Dan Lenson (following ) is rich in the naval detail fans have come to expect. After refusing a request that he take a medical retirement (after his political hot-potato adventures saving the president from assassination), Dan is less than pleased when he's “put on the shelf” and ordered to oversee a small crew of U.S. civilians and retired military personnel who will participate in an international training exercise off the Korean peninsula. But even before he comes aboard the South Korean frigate on which he and his team will be stationed, the discovery of a disabled North Korean submarine off the coast—and the lethal response of the survivors, trapped within—is the first clue he has that North Korea may have decided to plunge the world into nuclear war. From there, Poyer provides readers with a satisfying, fast-paced narrative in which Dan must negotiate his past, his superiors and an unpredictable submerged enemy. Poyer's tech talk throughout is nicely turned, and Dan Lenson remains a winningly weary hero.