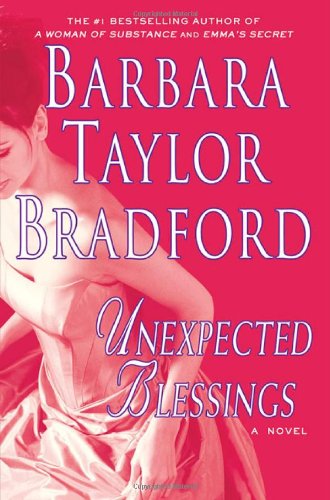 Emma Harte, the redoubtable heroine of veteran novelist Bradford's 1976 bestseller, has been dead for 30 years, but she's still a player in the continuing family saga. Her pronouncements and unwritten rules are well remembered by all the descendants in the dynasty and business empire she founded. This installment begins where (2004) left off, with Evan Hughes, the young visitor from the U.S., obtaining a dream job in fashion at the renowned London department store, Harte's, and beginning a romance with Gideon Harte, heir apparent to the family newspaper enterprise. In the previous volume, Evan learned that her own father was the illegitimate child of another Harte scion (making Evan and Gideon cousins a few times removed), and now she wonders whether she should divulge this secret to her father, who is soon to arrive in London. A true crisis distracts her, however: the disappearance of three-year-old Adele, adored daughter of store manager Tessa, one of Emma's great-grandchildren. Linnet, Tessa's half-sister and sometimes business rival, comes to the rescue and Adele soon reappears, but tensions between the sisters persist. Meanwhile, Linnet's cousin India has fallen in love with a painter from a working-class background, and India must battle her family's disapproval. The exploits and adventures of Bradford's indomitable heroines continue to make for lusty escapist fiction in this robust fifth novel in the series.