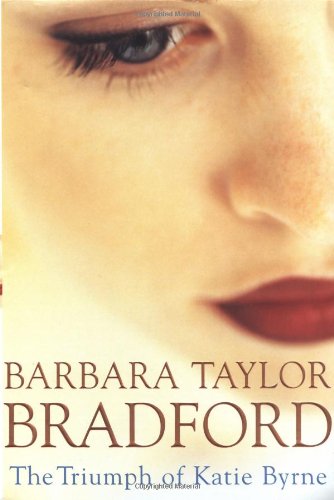 THE TRIUMPH OF KATIE BYRNE

Long celebrated as a bestselling chronicler of women's lives, Bradford adds a mystery twist to her latest tale of romantic suspense. At 17, Katie Byrne and her lifelong best friends, Denise and Carly, share a passion to act on Broadway and plan to move from their mid-Connecticut town to New York after high school graduation. One day, Katie's early departure from their daily after-school acting rehearsals in Denise's uncle's barn saves her from a brutal attack on the other girls. With Denise dead and Carly in a coma, Katie fears she'll be the next victim, and for a time, acting loses its appeal. Ten years later, the murderer is yet to be found, Carly remains in a coma and Katie has picked up the pieces of her life and moved to London, studying in the Royal Academy of Dramatic Art. When she's offered the part of Emily Brontë in a play bound for Broadway, she realizes it's the chance of a lifetime. But she's apprehensive about returning to face the ghosts of her past and hesitates to fulfill her childhood dream without her best friends to share it. Bradford sets a quick pace by introducing tough police detective Mac MacDonald, aka Mac the Knife, and by showing how Katie and her family dealing with the tragedy. The second half falls off, however, reverting mainly to inner dialogues and Katie's doubts about her ability to perform on stage. A too convenient, totally unmotivated solution to the murder caps the curiously thin narrative, in which Bradford never fully renders her characters. This is a fast but shallow read, perhaps satisfying to Bradford's fans but not a significant milestone in her career.