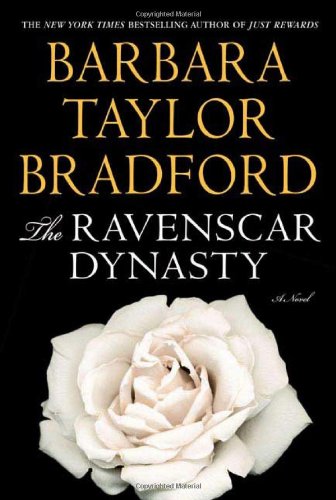 The doyenne of popular women's fiction ( ) returns with the first installment of a projected trilogy centering on internecine power struggles within the early 20th century incarnation of the centuries-old Deravenel clan and their London-based family business. A suspicious hotel fire causes the death of patriarch Richard Deravenel along with that of one of his sons, his brother-in-law and his young nephew, forcing tall, handsome, bright, seductive, 17-year old Edward Deravenel out of Oxford into the world of commerce. He and cousin Neville Watkins (a successful businessman in his own right) plot to avenge their fathers' and brothers' deaths and seize the company, currently under the stewardship of a delusional absentee executive whose ambitious (and French) wife is behind the skullduggery. Edward's longtime friend, Will Hasling, also joins the fray, and Neville has his own motivations. Along the way, there are libidinous liaisons, wicked plots, personal catastrophes, a secret "love child" and lessons aplenty about the consequences of ruthless ambition. Expect strong, two-dimensional characters; tasteful and adroit sex; repetitive exchanges; a plot rich with period detail and reasonably backed-up friction.