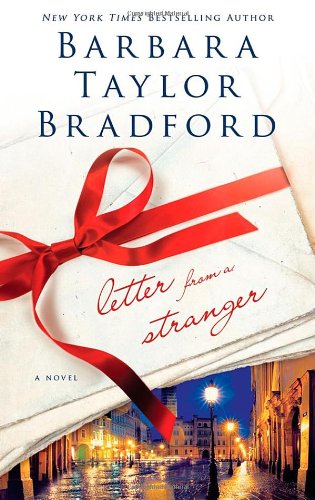 Letter from a Stranger

Bradford’s latest (after Playing the Game) is a multigenerational tale set in Connecticut’s exclusive Litchfield Hills, exotic Istanbul, uptown New York, and WWII Germany. Filmmaker Justine Nolan, 32, cuts a sympathetic figure despite being tall, blonde, and successful, because all she’s ever wanted is to enjoy the loving family she was deprived of by the death of her father, her mother’s manipulations, and the disappearance of her beloved grandmother, Gabriele. When Justine opens a letter stating that Gabriele is alive and well in Istanbul, Justine jets off to find her. She reconnects with Gabriele and meets Gabriele’s lifelong friend, Anita, along with Anita’s handsome and savvy grandson, Michael. At this point, Gabriele takes over as heroine, revealing her secret past through diary excerpts. Reading about Gabriele’s trials in Nazi Germany, Justine discovers the extent of her mother’s deceptions, the depth of her grandmother’s suffering, and something about herself as well. In want or in luxury, Bradford characters live in style, from white clapboard houses in Connecticut to Turkish villas overlooking the Bosphorus. Gardens, food, clothing, and accessories—everything in Bradford’s world shows taste. If the plot turns simplistic at times, loyal fans will still tear up at the descriptions of enduring friendship and familial love. Agent: Bradford Enterprises. (Apr.)
close
Details