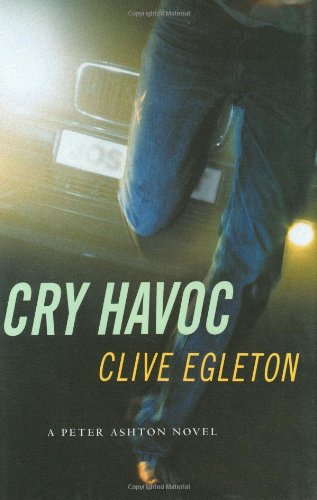 British veteran Egleton (, etc.) is the pipe and slippers of the thriller trade, a great comfort after a day of dealing with flashier and more trendy stories. True, his material is somewhat dated (though published in the U.K. in 2002, this latest Peter Ashton novel refers to upcoming intelligence budget meetings for 1997–1998), and he's guilty of the occasional cliché (virtually all fights are "tooth and nail"). But Egleton's characters and settings are familiar and credible, and his tales of British SIS infighting and backstabbing usually ring true. Ashton, the newly appointed head of Eastern European intelligence, is learning new administrative skills. "Listen to me, Peter," says his boss, Sir Victor Hazelwood. "You're no longer a foot soldier; the days when you were the cutting edge have gone for good... Do I make myself clear?" Ashton bites the bullet and keep his upper lip as stiff as possible, delegating most of the investigation into the suspicious suicide of an agent in the Asian division to capable underlings. Meanwhile, Ashton's former flame, Jill Sheridan—who's risen to be Hazelwood's deputy director—finds herself drugged and starring in a porno movie in Miami. Of course, Ashton soon resumes his old cutting-edge persona, slicing through both messes with admirable skill. Egleton might not have the literary grace of a le Carré or a Deighton, but his staying power, 28 novels and counting, is impressive.