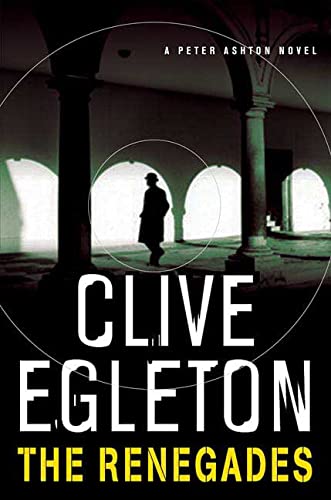 The Renegades: A Peter Ashton Novel

Egleton's latest thriller (after 2004's ) opens with a bloody massacre in a quiet Italian restaurant in a fashionable London neighborhood and takes off from there at full speed. The victims include a mid-rank British intelligence agent, a shady Egyptian businessman and a mysterious woman found dead in the men's room. SIS, where the dead agent was employed, at first thinks it was a drug deal gone bad, but the agency's often troublesome chief troubleshooter, Peter Ashton, soon links the murders to a leading terrorist, Talal Asir, coyly described as being "distantly related to the Saudi ruling family" and last seen in consultation with a top Syrian official in Damascus. Bombs begin to go off at British consulates, and only Ashton has all the necessary skills, insights and guts to unravel an international terrorist plot. Egleton, who shares Ashton's deep knowledge of the world of intelligence, must have great fun sitting in his home on the Isle of Wight and creating such a violent and dangerous world.