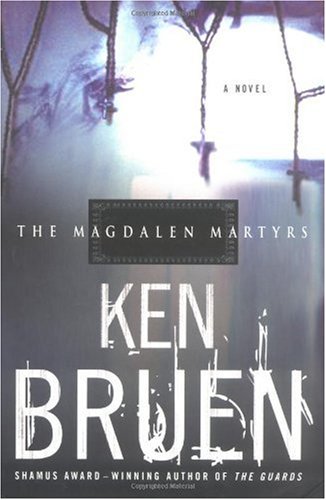 If not as explosive as (2003) or (2004), Edgar finalist Bruen's third Jack Taylor noir mystery-thriller crackles with his trademark tough-guy bravado. While Taylor struggles to stay on the wagon, he agrees to do a favor for Galway gangster Bill Cassell, who wants him to track down Rita Monroe, one of the martyrs of the title—unwed mothers sent into the care of the church and terribly mistreated, often by the nuns in charge of them. Cassell pushes Taylor hard to find Monroe, but Taylor's need for alcohol gets in the way. And as usual in a Bruen novel, his employer's motives aren't what they seem, violence springing naturally out of the disconnect. Along the way, Taylor sleeps with a client's mother, attends a good friend's funeral and loses his entire library. He often seems to float and drift, less driven by his demons than distracted by them. Still, readers will appreciate Bruen's trademark stripped-down noir poetry, his superbly rendered sense of place and his evocative portrait of a person balanced on the razor's edge.