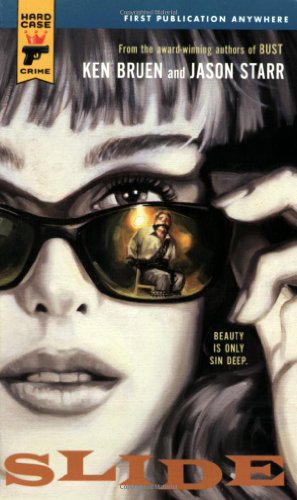 Bruen and Starr follow up last year's with another dark, twisted, no-holds-barred tale that hits all the noir buttons and then some. Since he was betrayed by his mistress/former assistant, Angela Petrakos, who left him with nothing to his name but a bad case of herpes, New York businessman Max Fisher has been on a drunken downward spiral. When Max, waking up in Alabama, meets bumpkin Kyle Jordan, a hotel clerk and local crack cocaine dealer, he sees his chance to get back on top. Using Kyle's Colombian suppliers, Max begins selling crack to his old business associates. Soon, this Scarface wannabe has a luxurious Manhattan penthouse and is calling himself “The M.A.X.” Meanwhile, Angela's got a new boyfriend, an Irish psychopath named Slide (life's ambition: to become history's greatest serial killer), and she isn't done with Max. As this warped cast of characters cross and recross paths, events violent, bloody, crude and hilarious unfold at a rapid, almost stream-of-consciousness pace. Though this pitch-black comedy isn't for everyone, those with a taste for it will have as much fun reading this novel as the authors obviously had writing it.