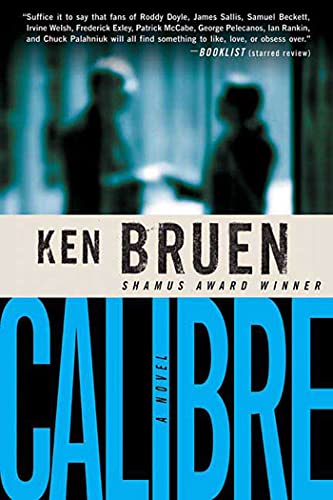 In Bruen's superb new pulp-inspired novel featuring Inspector Brant (after 2005's ), the Southeast London Police Squad is plagued by a serial murderer who's determined to give his victims a lesson in manners. Taking a cue from Jim Thompson's , the "Manners Killer" believes that anyone who behaves rudely in public (e.g., verbally abuses a store clerk, slaps a child) is fair game. He soon finds that he's no match for Brant, Bruen's amoral, sociopathic brute of a detective ("He was heavily built with a black Irish face that wasn't so much lived in as squatted upon"). While his methods may be questionable, Brant gets results, and we find ourselves secretly cheering him on. Meanwhile, Brant is writing his first crime novel, , and aspires to become the English Joseph Wambaugh. Of course, he doesn't let the fact that he can't write deter him; Brant just nicks the stories from his cop buddy Porter Nash. Bruen's furious hard-boiled prose, chopped down to its trademark essence, never fails to astonish.