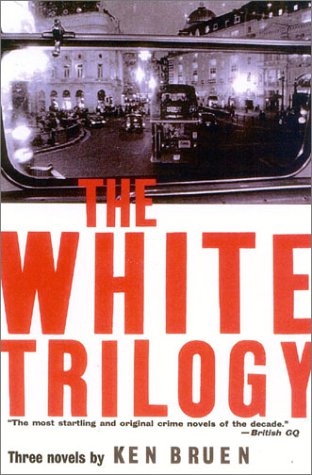 Hip, violent and funny vignettes of the mean streets of southeast London tie together this rowdy set of short novels by Bruen (), a modern Irish master of the hard-boiled. Collecting (1998), (1999) and (2000) for first U.S. publication, this omnibus showcases the investigations of the aging Chief Inspector Roberts and the brutish Detective Sergeant Brant, with the assistance of the unlucky-in-love Woman Police Constable Falls. They don't always solve their assigned crimes, but know perfectly well if they can nail the occasional major criminal—"the white arrest"—they'll be able to keep their jobs. Among numerous subplots, they pursue a serial killer stalking England's winning soccer team, a vigilante gang hanging drug dealers and a hit man known as "The Alien" because he whacked a victim engrossed in the video of that movie with a baseball bat just as the monster pops out of John Hurt's chest. But quieter moments, such as Brant's visit to his home county in Ireland, are just as interesting. Bruen's relentless media references (to pop songs, noir movies, other crime novels, even H.P. Lovecraft and Jack Kerouac) may drive some readers to distraction, and his loose, ironic endings no doubt are too postmodern for traditional tastes. This is fun reading, though, for readers seeking something fresh.