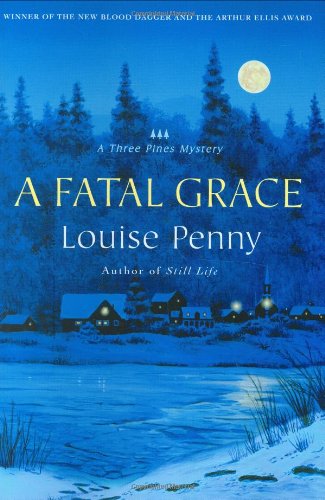 When sadistic socialite CC de Poitiers is fatally electrocuted at a Christmas curling competition in the tiny Québecois village of Three Pines, only the arcane method of the murder is a surprise in Penny's artful but overwritten sophomore effort (after her highly praised 2006 debut, ). CC had cobbled together a spiritual guidance business based on eliminating emotion, but the feelings she inspired in others were anything but serene. Everyone around the cartoonish victim—from a daughter cowed by lifelong abuse to the local spiritual teacher whose business she threatens to ruin—has a motive, and the crime also links to a vagrant's recent murder as well as to the pasts of several beloved village residents. The calm but quirky Chief Insp. Armand Gamache, who arrives in Three Pines from Montreal to head the investigation, is appealing as the series' focus. Though Penny gorgeously evokes the smalltown Christmas mood, the novel is oddly steeped in holiday atmosphere for a May release, and the plot's dependence on lengthy backstory slows the momentum.