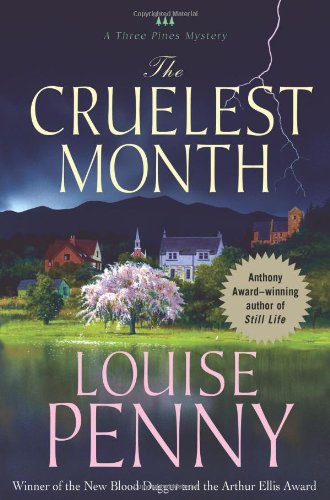 Chief Insp. Armand Gamache and his team investigate another bizarre crime in the tiny Québec village of Three Pines in Penny’s expertly plotted third cozy (after 2007’s ). As the townspeople gather in the abandoned and perhaps haunted Hadley house for a séance with a visiting psychic, Madeleine Favreau collapses, apparently dead of fright. No one has a harsh word to say about Madeleine, but Gamache knows there’s more to the case than meets the eye. Complicating his inquiry are the repercussions of Gamache having accused his popular superior at the Sûreté du Québec of heinous crimes in a previous case. Fearing there might be a mole on his team, Gamache works not only to solve the murder but to clear his name. Arthur Ellis Award–winner Penny paints a vivid picture of the French-Canadian village, its inhabitants and a determined detective who will strike many Agatha Christie fans as a 21st-century version of Hercule Poirot.