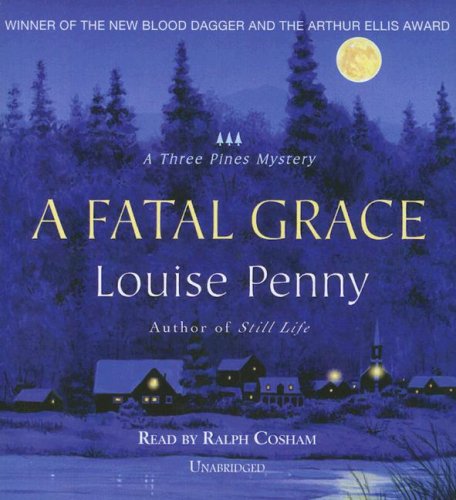 Penny’s newest mystery returns to Three Pines, the bucolic but hardly idyllic hamlet south of Montreal where Inspector Gamache has his hands full contending with a pair of murders including that of a spiritual and domestic diva. Veteran reader Cosham isn’t the best choice for this project, although his rich baritone voice can mesmerize listeners. The entire town plus the local office of the Sûreté de Québec is swept up in these murders, but unfortunately, the citizens all sound alike, as do Em, Kay and Mother, who are referred to as the Three Graces. Cosham’s French is perfect, if a bit formal, but he uses the language spoken in Europe, not the Québécois dialect and pronunciation that would be used by the locals. His British accent is also a bit tony for this corner of Canada and its artistic but down-to-earth inhabitants. Despite the apparent miscasting, Cosham’space makes the witty narrative frothy and irresistible, like a good café au lait.