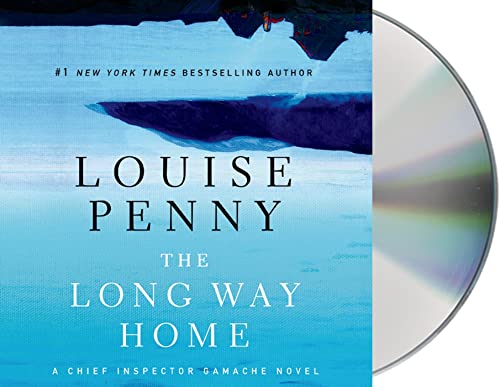 Officially retired, former chief of homicide Armand Gamache is at his beloved Quebec village of Three Pines, healing in mind and body after his ordeal in 2013’s How the Light Gets In, when a neighbor, celebrated artist Clara Morrow, asks him to find her estranged husband. Peter Morrow, also an artist, had departed Three Pines the previous year, promising to return on a specific day to discuss the status of their marriage. He didn’t make it and Clara is concerned. So is Gamache, who, as Penny has it, sees the shadow of murder even on sunny days. Thus begins a long, long journey during which Gamache, his loyal former assistant and now son-in-law, Jean-Guy Beauvoir, Clara, and some of the other delightfully eccentric villagers have an assortment of adventures. Cosham, who has been this series’ narrator for a while, has a comforting, avuncular British accent. To this he smoothly blends in a French influence that becomes more apparent in his pronunciation of Canadian names, places, and Quebecois dialogue. Cosham voices Gamache with a wary, almost fearful caution as he approaches the new case, but as the search for the missing painter goes from Toronto to Paris to a desolate spot on the St. Lawrence River, his voice grows stronger as his energy level rises. Jean-Guy, too, sounds more assertive and alive. Cosham’s vocal interpretations are mainly subtle—Clara, for example, doesn’t sound very different from Gamache’s wife, Raine-Marie—but his version of the village’s eccentric old poet, Ruth, has a distinctive sharpness not unlike that of the latter day Katharine Hepburn. A Minotaur hardcover. (Sept.)
close
Details