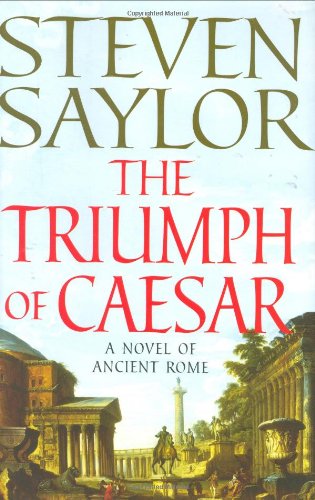 The Triumph of Caesar: A Novel of Ancient Rome

At the start of bestseller Saylor's stellar 10th novel in his Roma Sub Rosa series featuring Gordianus the Finder (after 2004's ), Gordianus is at first reluctant to accept a commission from Julius Caesar's wife, Calpurnia, to discover which of the general's many enemies may be plotting her husband's assassination soon after his victory in the Roman civil war. When Calpurnia reveals that the first man she'd hired for the job, Hieronymous, was murdered, the sleuth agrees to help because Hieronymous was an old friend of his. The suspects in Hieronymous's death, who include such prominent figures of the period as Cleopatra and Marc Antony, may well be the ones seeking to kill Caesar. Since the action takes place two years before Caesar's actual death in 44 B.C., there's little suspense about the outcome, but Saylor ably rises to the challenge. The convincing backdrop of daily life in ancient Rome helps make this compelling whodunit a triumph.