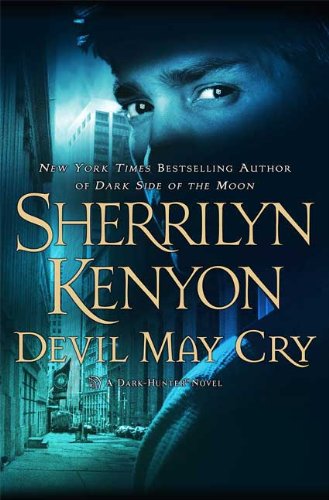 Devil May Cry: A Dark-Hunter Novel

Sin, a Sumerian fertility god turned Vegas casino owner, and Kat, the zealous servant of bossy Greek goddess Artemis, knock boots and kick butt in Kenyon's juicy 11th Dark-Hunter paranormal love-fest (after 2006's ). Sin's been on the warpath for thousands of years, since Artemis stole his godhood. Sin's also upset about the disappearance of his twin brother, Zakar, and the imminent invasion of the vampiric Sumerian gallu, who plan to liberate the Dimme superdemons and destroy all humanity. Kat agrees to kill Sin before he kills Artemis, but instead the two fall in madcap love while trying to prevent Armageddon. It's just another day's work for the immortals, who act a lot like ordinary quarrelsome people with way cool superpowers. Though readers may need a scorecard to keep up with the cast, this series puts a contemporary spin on classical mythology that an increasing number of fans have found irresistible. ( )