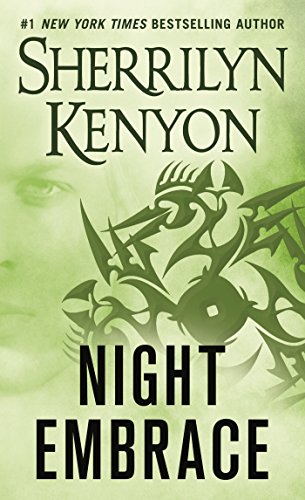 Say goodbye to the garlic-hating, crucifix-fearing vampires of old. With her steamy, action-packed Dark-Hunter novels, Kenyon (, etc.) is ushering in a whole different class of night dwellers. These new millennium models are gorgeous, Goth rocker–looking immortals who don't necessarily drink blood. The evil Daimons only do so to amuse themselves before consuming their primary sustenance: human souls. Dark-Hunters like the novel's leather-wearing, biker stud Talon protect humans from the soul-suckers. Other traditional vampire nemeses like mirrors pose no threat to these post-vampires, but a rule forbidding Dark-Hunters from having more than a one-night stand does, especially when Talon finds himself falling in love with human artist Sunshine Runningwolf. Taking place during Mardi Gras, the story is complex, involving not just Daimons and Dark-Hunters but equally untraditional werewolves, were-hunters and Greek/Celtic gods, whose involvement in Talon and Sunshine's mysterious relationship stretches back thousands of years. Fortunately, an abundance of hot sex and snappy dialogue keep the plot both accessible and appealing. With its courageous, unconventional characters and wry humor, this fast-moving fantasy will fill the void left by the end of the "Buffy the Vampire Slayer" series.